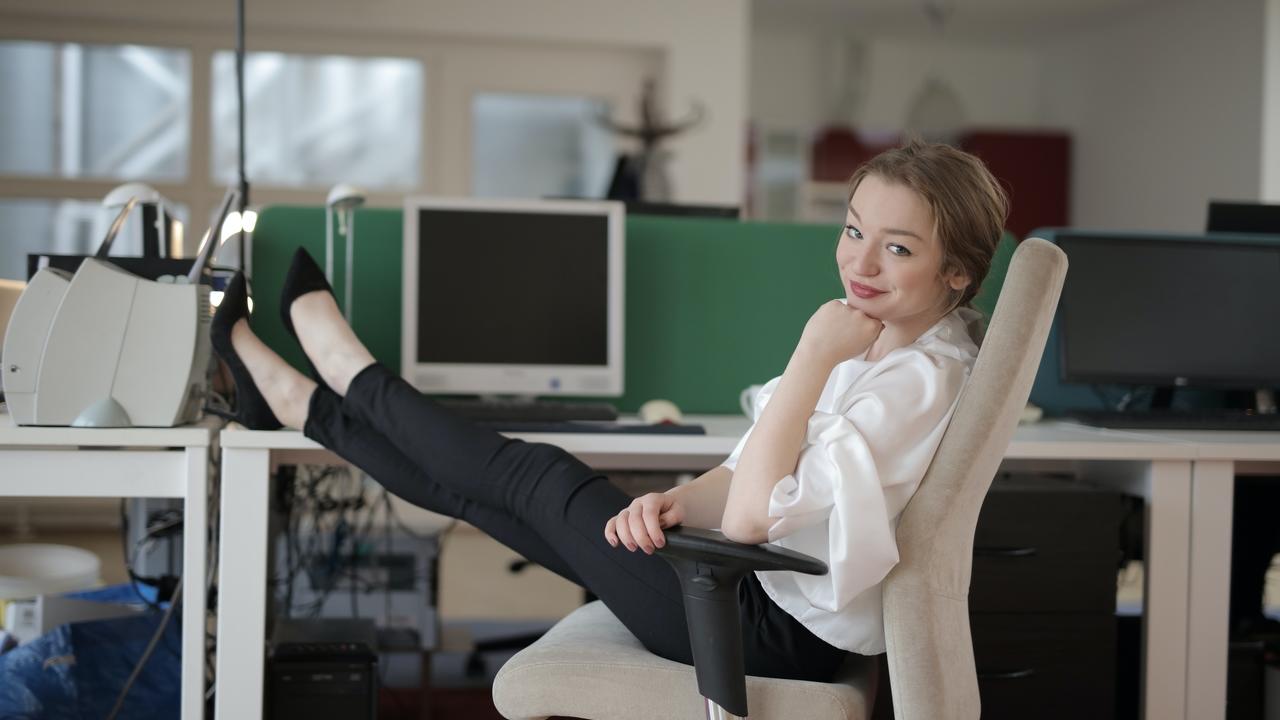 When I first entered the “real world,” looking for full-time work, I struggled to explain my strengths on resumes and in cover letters. As an ENFP, I was primarily interested in people, so my main focus in my part-time jobs was to provide a positive customer service experience. That didn’t translate easily onto paper because I had no idea how to measure or explain it the way one might with something like sales.

I felt discouraged, and I was worried that I might not have anything valuable to offer the world, let alone a potential employer.

I discovered that I was not alone in this fear. I have had countless conversations with ENFPs and INFPs in which we have commiserated with one another over feeling like we don’t quite belong in the working world.

However, over the last decade, after working more than 12 jobs, studying leadership development, training in personality types and strengths, and coaching individuals and groups on team building and career development, I finally understand that we had been selling ourselves short.

We believed a narrative that because our contributions weren’t easily enumerated on paper with hard data to back them up then that must mean we didn’t add value. But in reality, we’ve had invisible superpowers all along.

ENFPs and INFPs are anything but conventional, but that doesn’t mean that we can’t find joy in more conventional jobs.

I know INFPs and ENFPs who work in a variety of roles, such as: wedding photographer, food tour guide, senior director at a huge corporation, award-winning journalist, podcast host, CPA/attorney, creative director for a television show, and bank branch manager.

While some of them set their own schedules and others work regular hours in an office setting, there are two things that they all have in common: 1)  they have leaned into who they are and bring their authentic selves to everything they do, and 2) they are constantly generating fresh ideas and applying innovative approaches to their work.

While we may not always feel that “authentic” is something we can be in the workplace, ENFPs and INFPs are two of the personality types who almost can’t help being exactly that. That alone can make them stand out, which indirectly gives permission to others to do the same. And that is an amazing gift to bring to any profession.

Getting Right to the Heart of Their Clients & Customers

Working as a coach, I have met hundreds of people with a variety of personality types and strength sets, and I always wish I could give each one the ability to experience how differently they show up as compared to every other person. Maybe then they would be able to appreciate their unique contribution to the world.

One of the things that ENFPs and INFPs don’t always view as a professional strength is their special ability to leave people feeling lighter or less alone.

Their endless curiosity leads them to go from talking about things like, “Wow, aren’t these appetizers delicious?” to “So what book would you say has had the most profound effect on your life?” in 60 seconds flat. Before they know it, they’ve found themselves a new friend—or, at work, a new client.

INFPs and ENFPs tend to bring their same sense of self to a professional setting as they would to a social one. Potential employers may feel they know them from the get-go in the interview process, and their colleagues will likely have some sort of existential conversation with them over lunch on their first day on the job.

As a result, INFPs and ENFPs are practically guaranteed to develop great working relationships (if not forever friendships) with their colleagues, which can be a great morale booster for the workplace. In fact, a Gallup study found that those who report having a best friend at work “are seven times as likely to be engaged in their jobs, are better at engaging customers, produce higher quality work, have higher well-being, and are less likely to get injured on the job.”

Over the years, I have worked with INFPs and ENFPs whom I knew I could turn to if I needed to share that I’d done something mortifying, like burning popcorn so badly that the smell permeated the walls of the entire floor of the building. (That’s a thing that happened.) They’d never fail to lift my spirits, not only by not shaming me but also maybe even sharing an embarrassing tale of their own.

Thinking back on so many of the INFP and ENFP colleagues I was so thankful to work with day in and day out, it’s so clear to me now how much value they bring to the workplace.

Driving the Mission of the Company Forward, Fuelled by Passion

I once saw a meme that read, “ENFPs: There’s no limit to what they can accomplish when they’re supposed to be doing something else.” I had to laugh because this is definitely true in my experience. I am certain INFPs can relate to this as well because we share a love of falling down rabbit holes of ideas and primarily doing work that feels aligned with who we are.

While this can be challenging, it can also offer insight into what we want in a career and how we can tap into our highest levels of productivity.

For instance, when I worked in food service, I almost always finished last in contests to sell certain food or drink items. However, just by being myself and talking about what I love, I’ve probably sold more people on the value of assessments in any given week than I ever did on nachos or ice cream cones in the span of six years.

Like most INFPs and ENFPs, the thing that drives me most is being able to do something about which I am insatiably curious. Once I realized this, I started looking for jobs where I either felt passionate about the work I would do, the product or service the organization provided, and/or the mission of the company itself. That eventually led me to jobs in the career exploration field, and finally to writing and coaching about personality types and strengths.

So, whenever INFPs or ENFPs find themselves “wasting time,” maybe they can reframe it as, “being really productive at something I’d rather be doing.” It may help them to stop and ask, “Is there any way I can turn this into the thing I should be doing?”

Given our love for exploring infinite possibilities, I believe that the answer will almost always be, “Yes.” And any of your future clients, customers, employers, employees, or colleagues will be lucky to have someone on their team whose passion will fuel them to drive the company and its mission forward.

Rising to the Occasion

If there’s one thing that’s true of life, it’s that many, if not most, things do not go according to plan. That fact allows ENFPs and INFPs the opportunity to shine in more traditional work settings.

Last-minute changes can invigorate ENFPs and INFPs. Leading a life with many unanchored options floating in their heads helps them remain calm in the face of altered plans.

They start firing on all cylinders as they troubleshoot creative solutions, empathize with colleagues and clients, recall details of similar issues resolved in the past, and strategize about the most effective plan of action.

Before they know it, they’re working late to finish that big project before the client gets there in the morning or pumping out a Spotify playlist at the company holiday party while they wait for the DJ to arrive after getting stuck in a traffic jam.

With ENFPs and INFPs around, the workplace is inevitably a little more creative, a little more connected, and, as a natural byproduct, a lot more engaging and productive. Once we shift our perspective from focusing on what we don’t bring to the workplace to what we do bring, it becomes pretty clear that what makes us different is also exactly what makes us so valuable.

So, the next time you’re asked what your strengths are or why you believe you’re a qualified candidate, try to reflect on all the things you do that you might have taken for granted up until now. Look for the qualitative data to be found in the story about the time you started a tradition in the workplace. Share how you received a thank-you note from a customer for whom you went above and beyond.

Tell them about the former colleagues you still meet with every month because you all became like family. Think about what has made you feel different and then share with them about a time when that exact thing was your strongest asset.

If you answer honestly with stories that demonstrate your contribution to an organization and the workplace environment (or your family, school, or community!), then your previously hidden superpowers will be revealed. And any potential employer should recognize that they would be lucky to have you on their team—even if that employer is yourself.

Ready to dive deep with your personality type? Check out our ENFP and INFP Soul Bootcamp Courses here: 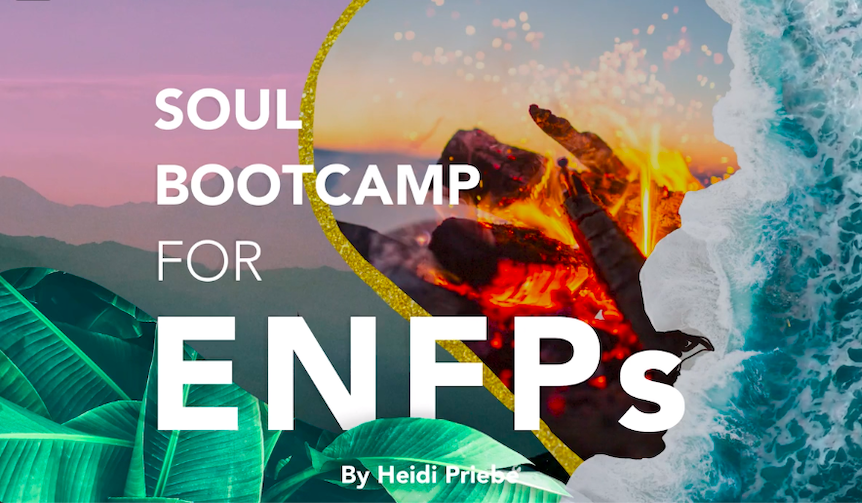 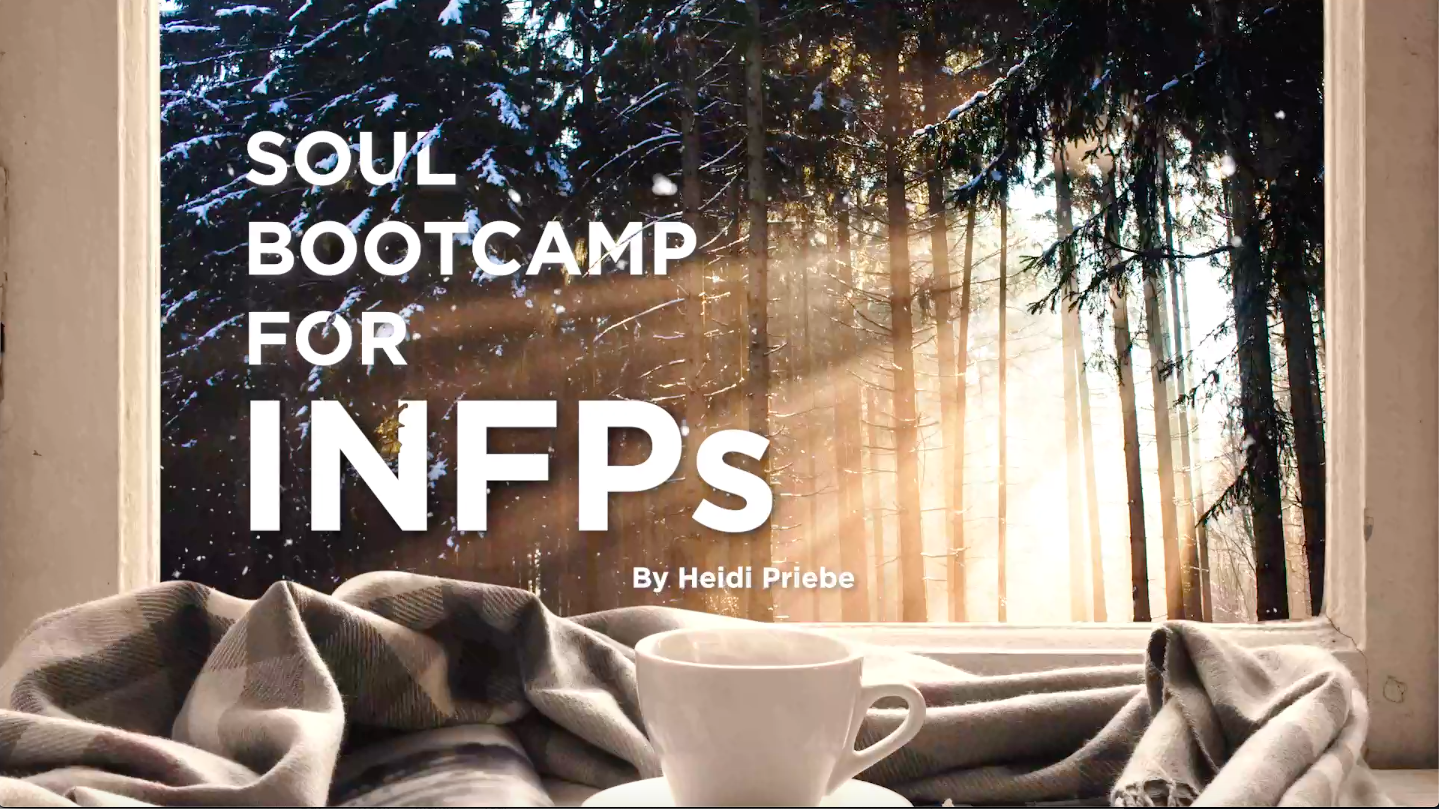 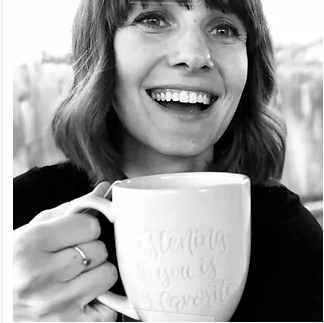 Caitlin is an MBTI® Certified Practitioner and Gallup®-Certified Strengths Coach who co-facilitates group coaching calls within the ENFP and INFP Soul Bootcamp Courses. Using her educational background in psychology, counseling, and leadership development, her mission in life is to help people understand themselves and others more fully. She also loves traveling, learning French, and solving genealogical mysteries. She is an ENFP who lives with her ISTP husband and their son, whose personality she loves getting to know more each day!

Caitlin also hosts a podcast titled LIFE with an ENFP, which will launch in December 2020. To connect with Caitlin and sign up for podcast updates, visit www.caitlinhawekotte.com 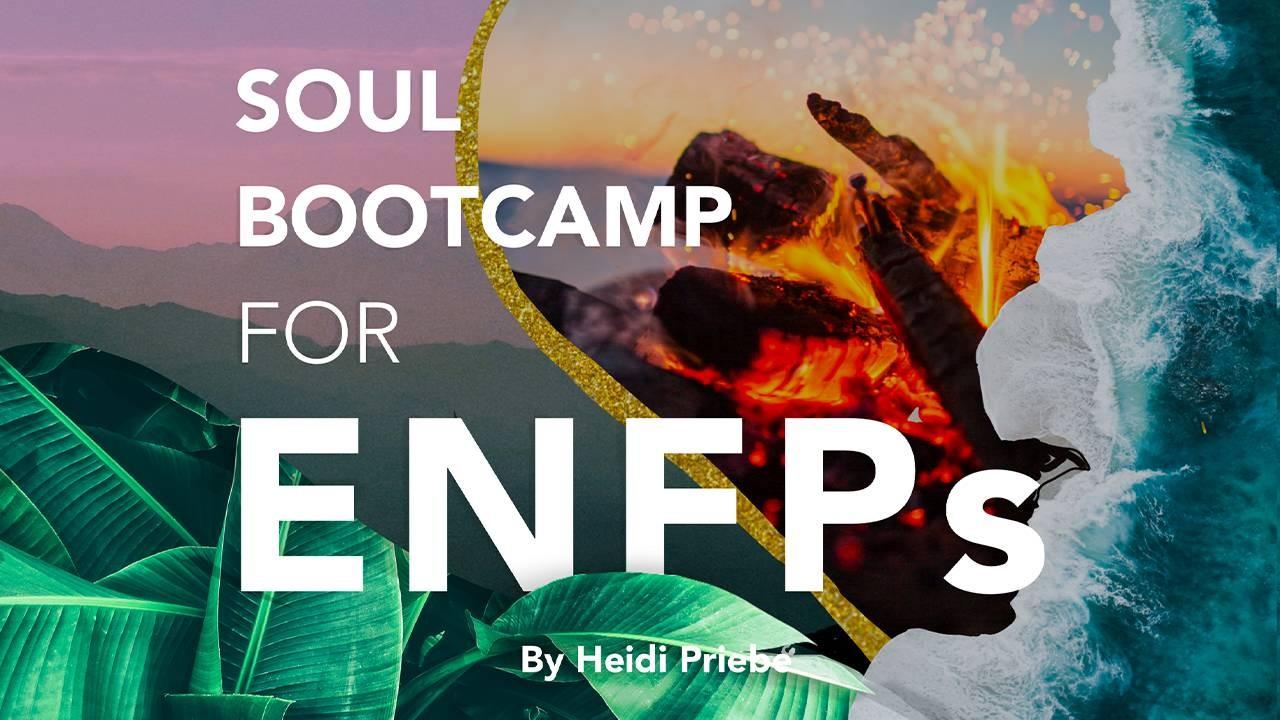 Whip your mind and spirit into shape over 6 weeks of hardcore reflection, targeted belief busting and personal metamorphosis - all catered specifically to ENFPs. 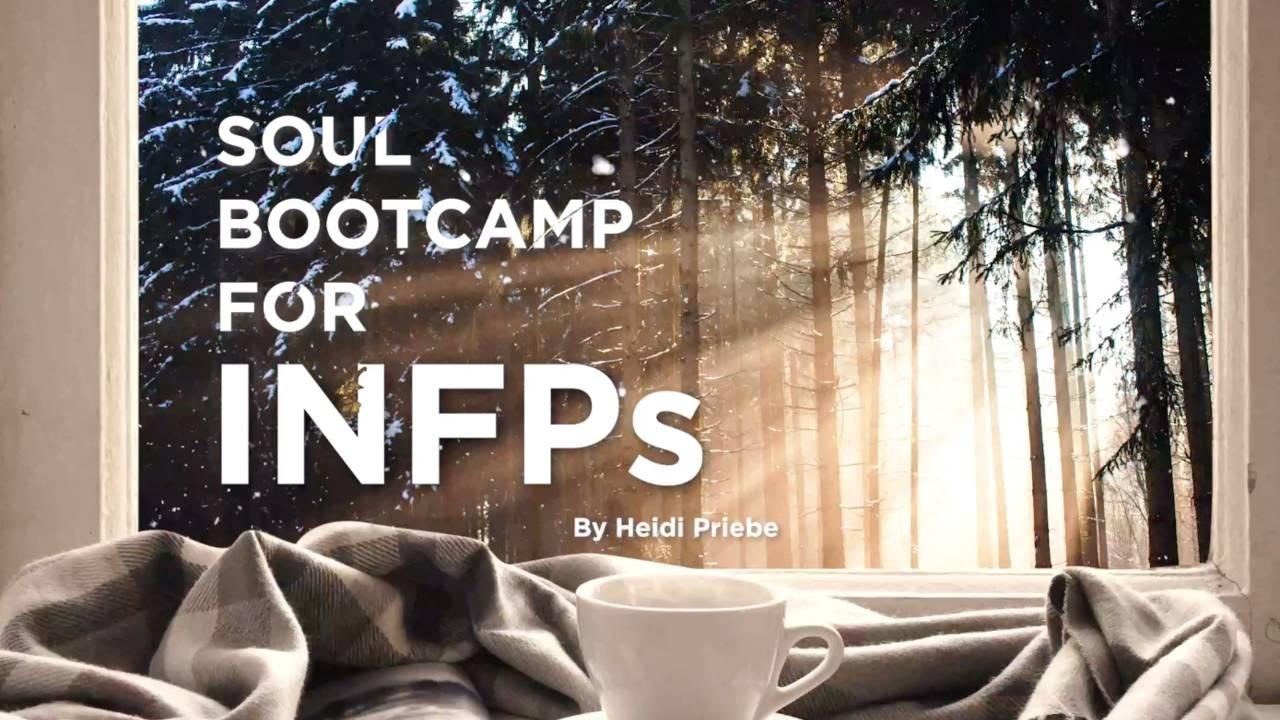 Learn how your cognitive, emotional and interpersonal self is wired through an extensive 6-week self-transformation process. 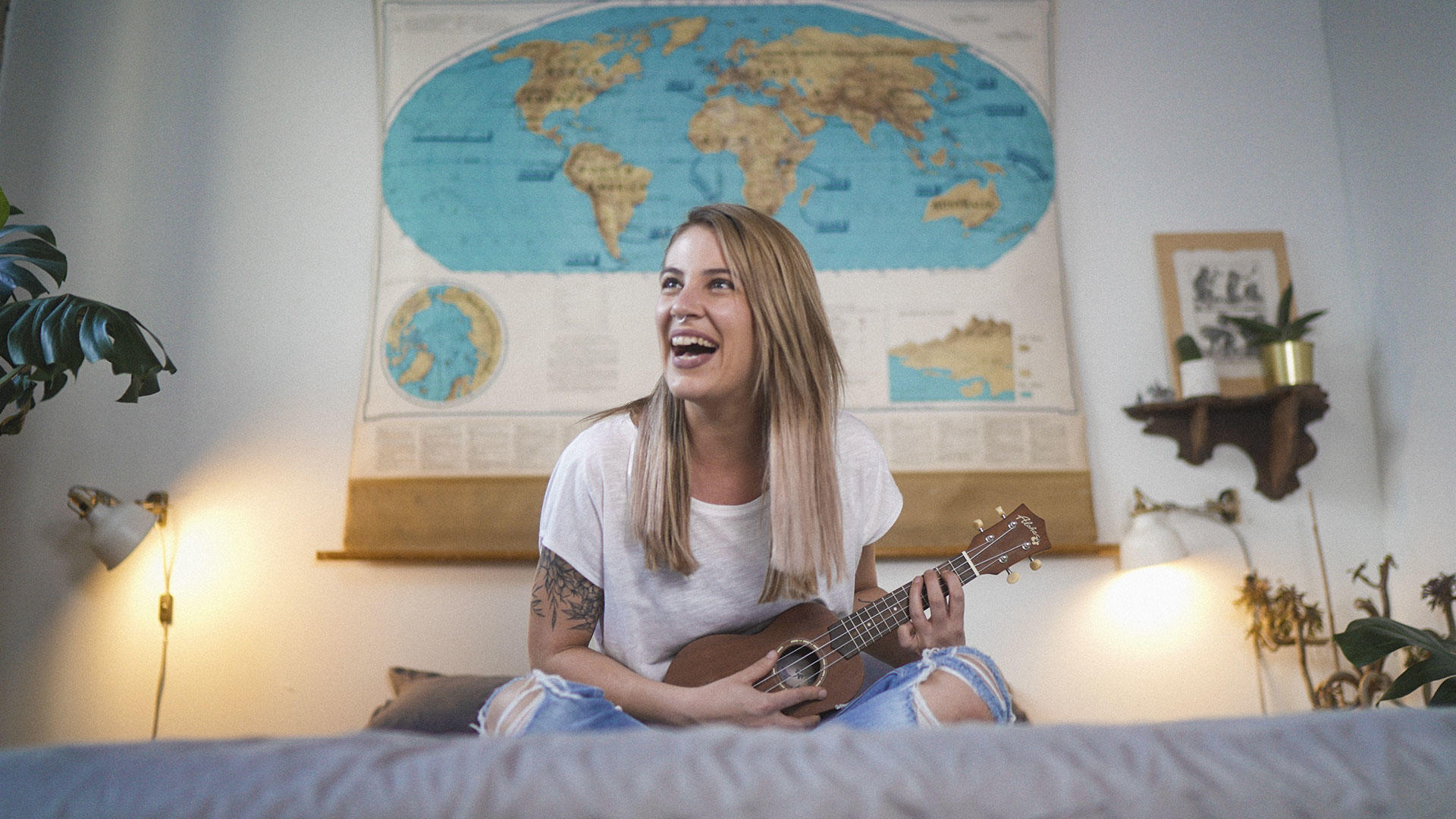 Leave your email and I will send you updates, announcements and a personal invitation to hang if we ever find ourselves in the same city.